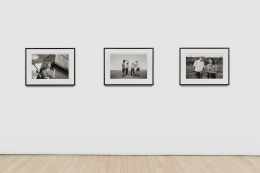 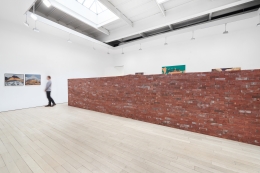 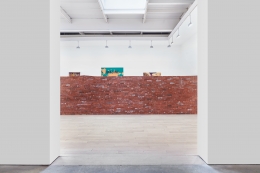 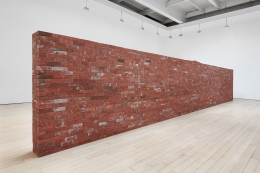 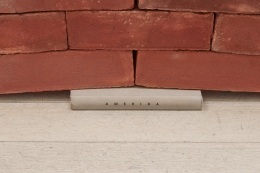 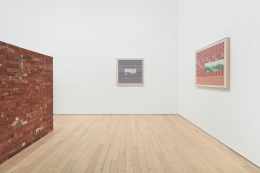 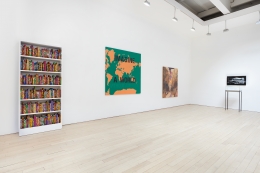 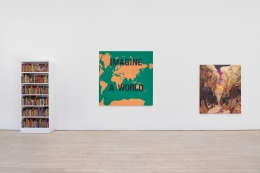 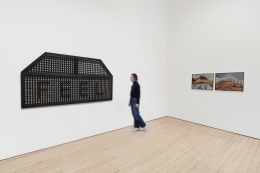 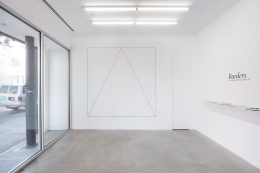 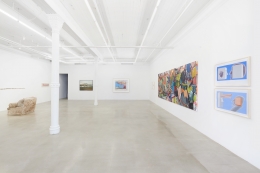 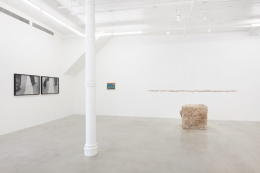 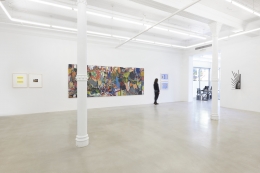 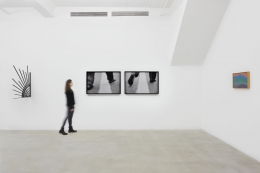 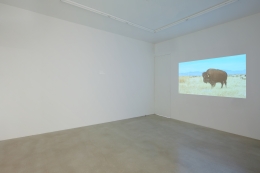 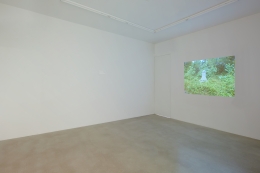 James Cohan is pleased to present Borders, a group exhibition that considers how contemporary artists engage with political, ideological and formal borders. Borders are synonymous with state power, sovereignty and national identity. They define both belonging and otherness. In the face of rising nationalism and the growing global refugee crisis, borders across the world are tightening and also unraveling. This exhibition will seek to create a framework and a dialogue about borders as both places of productive exchange and barriers of exclusion.

Borders visually define space; utilizing form, color, and line to separate, delineate and frame fields of visual perception. In painting, formal borders call attention to the work’s nature both as an image and an object, and provide compositional structure. In sculpture and installation-based work, borders act to define and destabilize the relationship of the object in space, and negotiate the engagement between the viewer and the work of art.

Visitors to 26th Street will encounter Byron Kim’s Sky Blue Flag anchored to the gallery’s facade, blending into the backdrop of the sky. This flag was originally installed only a few meters from the Korean Demilitarized Zone checkpoint. Its installation called into question physical and political borders at a site where division is most evident. Using the language of abstract painting, Kim confuses subject and ground, conflating the relationship between a flat image and real space. While the function of a flag is used for claiming land, Kim’s work is contingent upon blurring these demarcations, as the edge of the flag merges into the sky. Like Byron Kim, Dread Scott undermines the notion of political borders by examining their logic and legibility, or lack thereof. While Kim’s flag mounts a physical intervention into contested space, Scott uses the visual tropes of cartography to question boundaries by proposing alternative geographies. His 2007 work, Imagine a World Without America, calls upon the viewer to participate in the titular thought experiment and contemplate that absence. The painting de-centers the United States of America from the middle of the map that most Americans are familiar with. Scott utilizes the language of cartography to encourage the exploration of social questions, not geography. Land mass and sea are depicted but—like the world as it actually is—borders don’t exist.

For Borders, Jorge Méndez Blake and Yinka Shonibare CBE have created artworks that utilize books as both sculptural objects and repositories of knowledge, narrative, and memory. In his site-specific installation, Méndez Blake has constructed an imposing brick wall whose structure is disrupted by the insertion of a book at its base. The book, a copy of Kafka’s unfinished novel The Man who Disappeared (published posthumously as Amerika), tells the archetypal Kafka story of a young man who navigates the travails of life in New York as an immigrant from Europe.  The weight of the wall upon the book operates as a physical metaphor of the book’s motifs, while the wall itself disrupts the normal flow of visitors throughout the physical space of the gallery. Shonibare’s American Library (Politicians), 2018, celebrates the diversity of the American population while emphasizing the elastic nature of “American” identity. Inspired by the ongoing debates surrounding immigration—the artist has wrapped 213 books in his signature Dutch-wax printed fabrics. The textiles’ complex origins and shifting significance reflect both a long history of international exchange and the fiction of cultural authenticity. Embossed in gold upon the spines of each book are the names of American politicians who are first- or second- generation immigrants, as well as politicians who have spoken out against immigration and equality.

Jordan Nassar and Yael Bartana construct imaginary places and spaces that echo the contours of reality to call into question cultural identity and political division. The Palestinian-American artist Jordan Nassar’s embroidered landscapes are built out of the colors, symbols and patterns of traditional Palestinian embroidery and reflect his time spent working between Israel and Palestine. The mountains and horizons depicted in his works are abstracted, utopian dreamspaces that allow the artist—a second-generation diaspora Palestinian—to navigate his feelings of inherited nostalgia and of being alien to the familial homeland that he’s been taught to long for, while expressing his desire for a peaceful resolution to the conflict in the region. Israeli multimedia artist Yael Bartana blends fact and fiction—and past and present—in her photographic works, creating utopian moments that destabilize the dominant narratives of religious and national identity. In her series ‘The Missing Negatives of the Sonnenfeld Collection,’ Bartana uses both Israeli and Palestinian models to reimagine images from the archives of renowned Jewish-German photojournalists Leni and Herbert Sonnenfeld, who documented the settlement of Jews in Palestine / Eretz Israel in the 1930s and 1940s. In depicting her Arab and Israeli models as optimistic young soldiers, farmers, and builders working side by side, Bartana challenges the traditional ideology of the Zionist movement.

The gallery’s Grand Street location will host rotating screenings of video works by XU ZHEN®️, Hiraki Sawa and Edgardo Aragòn that explore geographic boundary lines and blur lines between fiction and reality. XU ZHEN®️’s 18 Days is a 2006 faux documentary in which the artist “invades” Myanmar, Mongolia and Russia using remote-control operated toy weapons. In a similar vein, Hiraki Sawa’s black and white video Dwelling, 2002, depicts digitally-inserted, miniature passenger airplanes that fly slowly around the artist’s nondescript apartment and probes the permeable borders between childlike fantasy and the mundane. Finally, Edgardo Aragón’s expansive work El Paso, hombre invisible, 2014, is a journey following the footsteps of buffalos as they roam the national parks of Mexico, US and Canada; a commentary on the migratory paths that set the borders of North America before the arrival of Europeans on the continent.

For inquiries regarding Borders, please contact Audrée Anid at aanid@jamescohan.com or 212.714.9500.

Please contact Sarah Stengel at sstengel@jamescohan.com or 212-714-9500 with press inquiries. 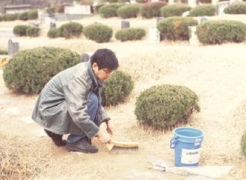 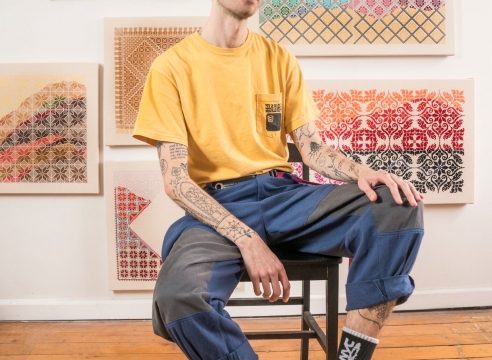