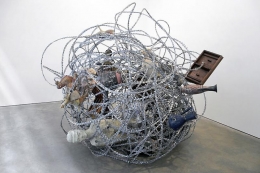 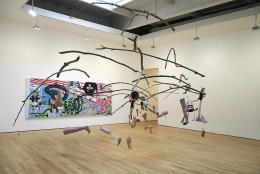 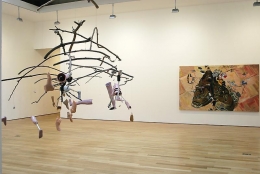 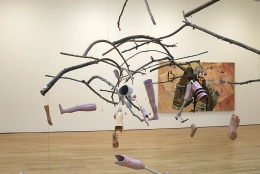 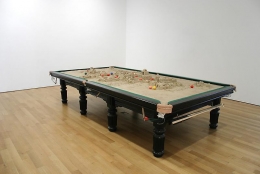 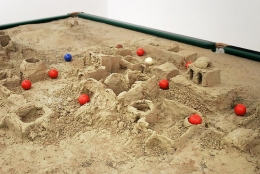 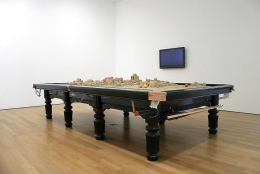 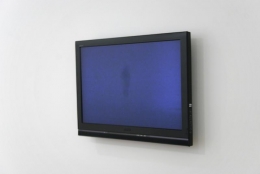 James Cohan Gallery is pleased to present the second gallery exhibition by Chinese conceptual artist, Xu Zhen. A leading figure among the youngest generation of Chinese artists, Xu Zhen is a chameleon of concept whose work often takes the form of theatrical pranks and provocative interventions in order to confront socio-political taboos within the context of contemporary China.

In this exhibition, Xu Zhen plays the trickster once again by presenting paintings, sculptures and installations by a "new generation" of Middle Eastern artists. Under the curatorship of MadeIn, a company established by the artist that is described as a "multi-functional art company" (the word madein means organization in Chinese,) Xu Zhen seeks to create a fiction that will provoke the viewer to think about issues of cultural perception. A deft master at creating alternate realities and mistaken identities, Xu Zhen challenges viewers to doubt the exhibition's validity even though the artworks and ideas are presented as facts. The works are rife with clichéd symbols, such as Arabic calligraphy, fragments of ceramic artifacts, images of camels and political cartoons, in an attempt to create work that will meet Western expectations for a brand of contemporary Middle Eastern art much in the same way that smiling Mao and Panda paintings became the brand for post-Cultural Revolutionary art in China in the 1980's. This exhibition highlights the interplay between the tendency of the West to create a neat package for art from other cultures and the artists' willing participation in these expectations, a phenomenon supported and enhanced by the market bubble. With a wink of an eye, Xu Zhen defies artistic colonialism by asking the viewer to accept these stereotypes as compelling.