I Believe the Sun is the Center of the Universe, 2017 (Detail) 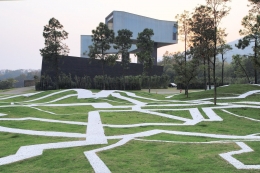 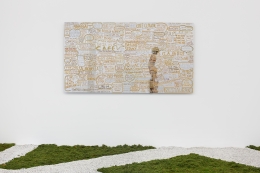 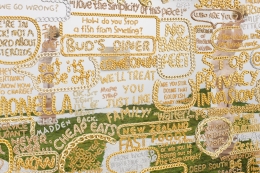 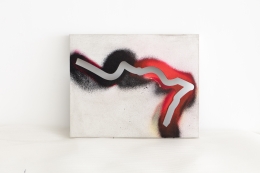 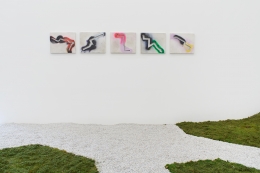 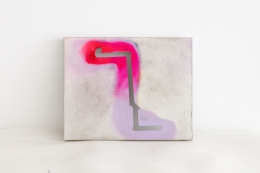 James Cohan will present Movement Field, an exhibition of work by XU ZHEN®️ at the gallery’s Lower East Side location from Saturday, March 3 through Sunday, April 22, 2018. The exhibition will present new sculptures and wall-works alongside the immersive installation Movement Field. This is the fourth solo exhibition of work by XU ZHEN®️ at James Cohan. The gallery will host an opening reception on Saturday, March 3 from 6-8 PM.

Movement Field is a series of installations initiated in 2013 by XU ZHEN® that act as an ongoing exploration of protest and popular expression. XU ZHEN®️ creates the installations using white pebbles and green grass to create a network of criss-crossing but delineated paths, which diagram the route of several protests throughout the globe. In this exhibition, pathways and sod-covered ramps transform the entire gallery space. The intersecting trails are visually appealing but do not indicate a single way of moving through the space. There is no logical end point. The aesthetic confusion of the trails reflects the frenetic energy - and frequent frustration - of large or small protests.  Although the paths are inspired by actual marches, the artist insists that the demonstrations remain unidentified so that no iteration of the project is privileged by its historical antecedent.

XU ZHEN® uses installations of Movement Field as a platform to present other related artworks. I Believe the Sun is the Center of the Universe is made from mirror-finished stainless steel and metal chains. The metal chains spell out various phrases pulled from political cartoons such as, “Stop Privacy Invasion!” or “I’m not allowed to answer that.” The saturated composition of I Believe the Sun is the Center of the Universe reflects the rapid sharing and consumption of the digital age, yet the work demonstrates how small, seemingly incongruous, pieces of information blend into a larger, more holistic pictures.  The exhibition also features works from the Eternity series by XU ZHEN®, which are sculptural amalgamations of Eastern and Western art.  These works bridge cultures and time to create striking new forms. Eternity - Painted Terracotta Statue of Heavenly Guardian, Sleeping Muse combines an ancient Chinese statue with Constantin Brancusi’s Sleeping Muse. Three variations of this sculptures appear in different sizes throughout the gallery. The conscious reproducibility in work by XU ZHEN®  is both a cynical critique of art’s commodification and an optimistic step towards its democratization.

XU ZHEN®️ once wrote: “We all have the desire to take part in some kind of movement.” This movement can be in the form of action or opinion. In a world of mass communication and fragmented media, sensationalized headlines have led to a detachment from the art of debate in favor of dogma. In the Metal Language series, eye catching phrases play a more important role than the collective picture; and therefore, like the intersecting paths of Movement Field, people’s opinions tend to be preordained. Movement Field is an artwork, an exhibition platform, and a memorial, inviting visitors to commemorate the past and regard the future.

Please contact Yvonne Zhou for inquiries regarding XU ZHEN®️ at yzhou@jamescohan.com or 212.714.9500.

For press inquiries, please contact Jeffrey Waldron at jwaldron@jamescohan.com or 212.714.9500