For a Floor of Flora

This is a story about an average prehistoric ape family. The father's name is Homerbuctas. He is married to Almacroyn. Together, they have two ape children, a son, Brouthescam, and a daughter, Cromalyna. The father, Homerbuctas, has the features of any prehistoric ape man, i.e. low hanging brow and protruding muzzle mouth, but he differs fundamentally from other ape men. Ya' see, Homerbuctas has a knack for turning impulsion into compulsion. He has an eye for beauty but knows no moderation. His desire to be satiated in the presence of beauty ultimately creates a rift between himself and his ape family.

And so it began…

One day, when he returned to the flower bed, he noticed several hundred little furry heaps on the ground radiating from his central spraying spot. They were each about a foot tall and they would wiggle as he walked exhibitions. The flowers all spoke in unison, "Oh Homerbuctas, look at what we have created. We are the proud parents of many sons. We love you and know that you will be a loving, caring, and nurturing father to our offspring."

There was a time when Homerbuctas' dreams were of diverse places, populated by creatures of every imaginable shape and size. Now he only dreamed of the flowers, his mistresses.

Homerbuctas began to spend more and more time in the flower bed. For every hour he spent with his family, he spent two in the garden. For every hour he spent hunting for food to feed his family, he spent thrice that in the garden. Fertilizing new flowers and tending to his mound babies became much more that a minor distraction, and to describe it as a pesky preoccupation would be a gross understatement.

During intimate moments with his wife, Almacroyn, he imagined her covered in flowers. He insisted on pulling out early and shooting his load on the imaginary garden on her back or stomach.

Suspicious of her husband's strange manner and odd hours, Almacroyn secretly followed Homerbuctas on his daily routine. As she hid behind a large bush, she watched her loving husband release his salty pleasures upon the eagerly awaiting flora. After he was done, he reached down and pet each mound, assuring it, "Daddy will take care of you." Almacroyn couldn't believe what she was seeing. Silently she wept as she observed the ultimate betrayal. "He looks so happy," she thought.

She could no longer hold her peace. Almacroyn approached her husband as he stood in the flower bed. She confronted him not in the hasty manner that this occasion might have warranted but in a calm and graceful fashion. She launched into her speech which, oddly enough, seemed to have been practiced to perfection.

"My husband, not only have you disrespected me by sharing that which is most sacred with a bimbo flower, but you did so with a whole field of bimbo flowers. It hurts me to no end to watch you tend to your bastard children with such love. A love that was once reserved for us. I predict that because of your actions, a curse will befall this family. Not only will these mounds be cursed but so will our own children. This saddens me the most." 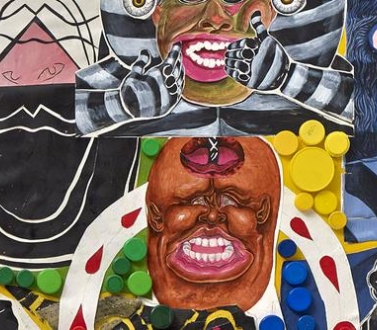