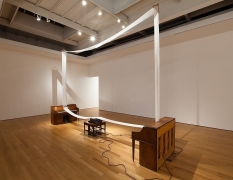 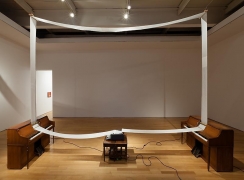 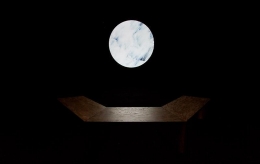 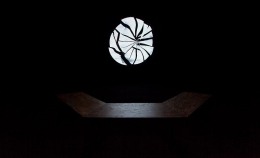 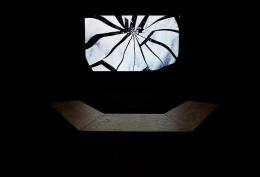 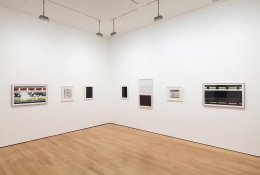 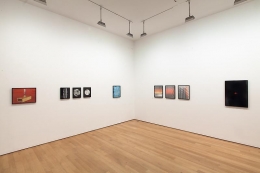 James Cohan Gallery is pleased to present Not a Particle or a Place but an Action, an exhibition of works by California-based artists MAURICIO ANCALMO and SARAH RARA, opening on March 30th and running through May 5th, 2012. This will be the first New York gallery exhibition for both artists.

In the front gallery, Sarah Rara’s hour-long film A Ray Array (2011) comprises 15 visual and aural essays on the idea of interference, that range, in the artist’s words, “from the failure of a message to be discernable, to sudden interruptions, visual disturbances, the interaction of two sound signals, instability, and optical effects.” Fingers twinkle in the sun; a felt hat spins; a stained glass moon slowly turns. A Ray Array is a wonky, wordless and amused bit of science that harkens back to Ed Ruscha’s early meditations on the banal and John Baldessari’s Surrealist, saturated Pop while also defining a contemporary left-coast aesthetic—one that is disarmingly sincere, visually beautiful and unexpectedly spiritual.

Filling the main gallery is Mauricio Ancalmo’s monumental Dualing Pianos: Agapé Agape in D Minor (2011), a work first presented at the 6th edition of “Bay Area Now,” the bellwether triennial survey at the Yerba Buena Center for the Arts (2011). The piece consists of two player pianos facing each other, with a word processor separating and mediating the two instruments and a large loop of paper moving slowly between the machines, fueling a three-way conversation. Literary and theoretical references are central to Ancalmo’s work: Agapé Agape takes its title from pioneering American Postmodernist author William Gaddis’ final novel, in which the player piano represents the threat that technology poses to artistic invention. Gilles Deleuze’s theory of communication as a rhizome—not growing root to tip but with multiple and mutating entry and exit points—was also critical to the work’s conception; the word processor superimposes a text about Deleuze over the original player piano scroll, affecting the sound of the work as it passes through.

In the third gallery, a selection of works on paper by each artist are brought into direct dialogue. Ancalmo’s photograms from the Dualing Pianos series were created using the very scroll that passes through the installation on view. Other inkjet prints—including those from the “©1871” and “Monolithoscope” series—are derived from earlier installations that also address issues of physicality, evidence and obsolescence of technology left over from the mechanical age. Rara’s inkjet and silver prints can be considered stills, offcuts, remixes and responses from the material in A Ray Array. By freezing the cinematic image, the artist’s idea of interference adopts a new tempo and occupies a new space.

SARAH RARA completed her MFA at the University of Southern California in 2011, and is renowned worldwide as a member of the experimental music duo Lucky Dragons. She has created performances and video installations at venues including the UCLA Hammer Museum and the Museum of Contemporary Art, Los Angeles, CA; the Whitney Museum of American Art, New York, NY; the Hirshhorn Museum and Sculpture Garden, Washington, DC; the Walker Art Center in Minneapolis, MN; the Institute for Contemporary Art, London, U K; and the Centre Pompidou, Paris, France, among others. Rara lives and works in Los Angeles, CA.

For further information about the exhibition and the artists, please contact Jane Cohan at jane@jamescohan.com or by telephone at 212.714.9500.