James Cohan is pleased to present Observations at Night, an exhibition of new work by Josiah McElheny, on view from September 6 through October 23 at 48 Walker Street. This is the artist’s debut solo exhibition with James Cohan and inaugurates the gallery’s new Tribeca flagship location. For Observations at Night, McElheny has created an environment of sculpture, painting, and architectural installation that explores the poetics—and political hope—of the night hours. Moon Mirror, the centerpiece of the exhibition, is a large-scale sculpture responsive to both sound and light. The work will serve as the site for a live performance series curated by Blank Forms, which will take place over the course of the exhibition. The gallery will host an opening reception with the artist on Friday, September 6 from 6-8 PM.

Observations at Night taps into the optics and acoustics of nighttime. The works in this show explore the act of looking and listening through and beyond darkness, in the hopes of generating new potential insights. In this exhibition, McElheny returns to and carries forward various long-standing themes, such as images of the infinite; theories of visionary musicians whose works propose alternate worlds; the potential for sculpture to create a collective space for other people’s artistic expressions; and the history of abstraction and its contribution to the political imaginary. With these precedents in mind, throughout this new body of work the artist harnesses the generative potential of night, proposing that new ways of seeing can be revealed in the darkest hours.

In this exhibition, McElheny debuts two new series of paintings, Observations and Lunar Waxing/Waning, abstract works that evoke the night sky using acrylic paint on wood panel and hand-formed glass elements inserted seamlessly into the paintings’ surfaces. The Observation paintings have at their centers a dense accumulation of micro-mosaic glass inspired by what the artist calls “early, strange abstract drawings,” renderings of the nebulae in the night sky that date from the late 18th to early 19th centuries. Conjuring seemingly-impossible visual effects, each presents a circular observation window into another world—like something glimpsed from light years away through a telescope lens—composed of hundreds of thousands of glass points fused together. The hidden physical construction behind the surface of the painting draws upon Lucio Fontana’s earliest explorations of image behind and beyond the picture plane, as well as McElheny’s own 2018 Galaxy Paintings.

The largest work in this series comprises seven different "observations" in one large painting, pointing to both multiple perspectives and multiple worlds. The work is dedicated to singer June Tyson, who performed in the Sun Ra Arkestra from 1968 until her death in 1992. McElheny notes that the work is specifically inspired by her voice in the song "Somebody Else’s World (a.k.a. Somebody Else's Idea)," in which she sings about the painful alienation of our current world—built specifically to exclude many—but also of the possibility and necessity of finding, seeing, and creating worlds unlike our own.

Opposite this work is an architectural installation built to display a triptych of framed trompe-l’oeil “paintings” entitled Three Twilight Labyrinths. Each “painting” within the triptych depicts a nocturnal still life of labyrinthine and infinitely mirrored spaces, inhabited by a veritable alchemical pharmacy of mercury-like, mirrored stoppered bottles and jars. The work’s title suggests the ways in which reality begins to shift at twilight, while the illusion generated by the architectural intervention speaks to the malleability of perception.

Two major sculptural works are installed in the main gallery space. Observatories at Night is an elliptical sculpture of curved blue glass and mirror within a dark-blue wood structure. The work is both like a strange telescope pointed through the ceiling of the gallery, and a vitrine which contains a surreal, reflective model landscape of abstract modernist forms and imaginary observatory buildings. This architectural playground of luminous, blue-hued structures models the infrastructure of astronomical observation and, more simply, the act of looking.

Illuminated by the gallery's skylight, McElheny’s large-scale sculpture Moon Mirror, composed of a blue-hued array of custom-made prismatic glass tiles set into a curved, crescent shaped metal structure, will function as a shimmering, light-filled sculpture as well as an acoustic reflector and a space for performance activations. Blank Forms has curated a program of international multidisciplinary artists—including The Sun Ra Arkestra, Fred Moten, and Louise Landes Levi—who will use this parabolic structure as a catalyst for exploring sonic feedback. Inspired by June Tyson’s optimistic communication of the potential for world-building, the program interrogates how music and poetry might illuminate new pathways of resistance to our troubled political climate. The exhibition will include two performances each week, at 6:30 PM on Wednesdays and 2:00 PM on Saturdays, ranging from poetry to music drawing from black American free jazz and non-Western traditions as well as experimental music and deep listening. 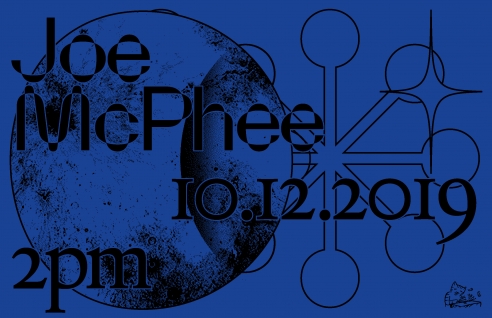 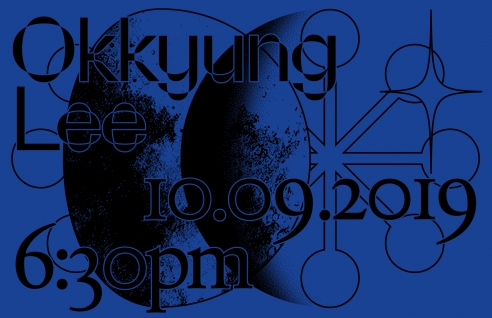 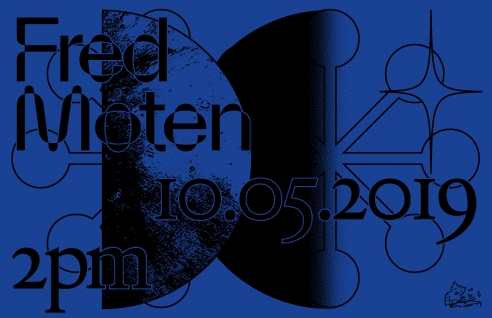 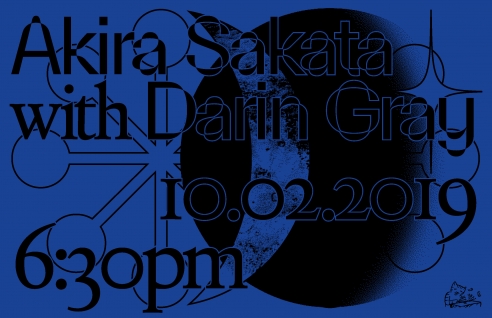 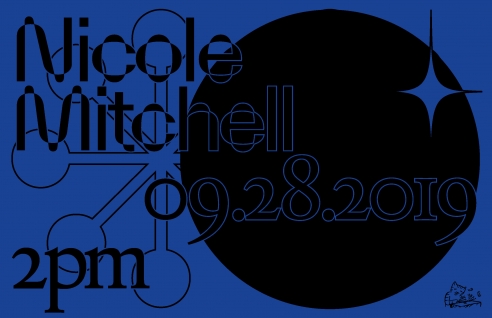 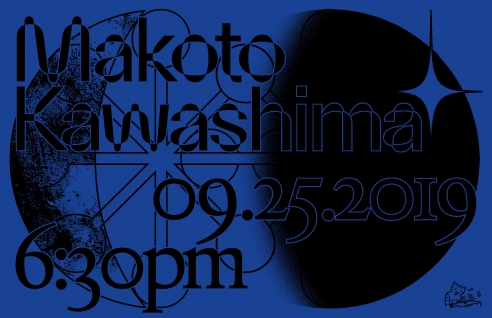 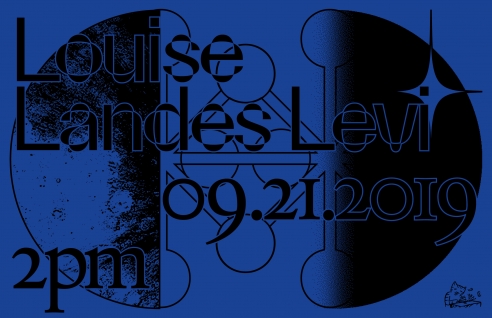 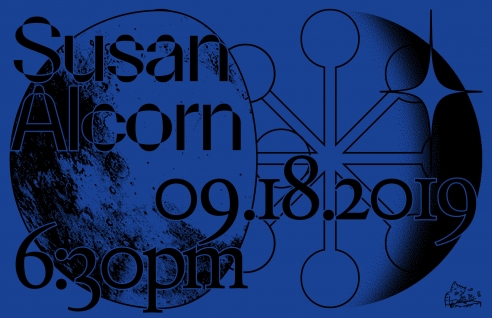 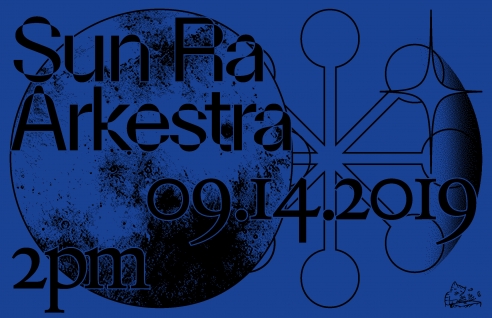 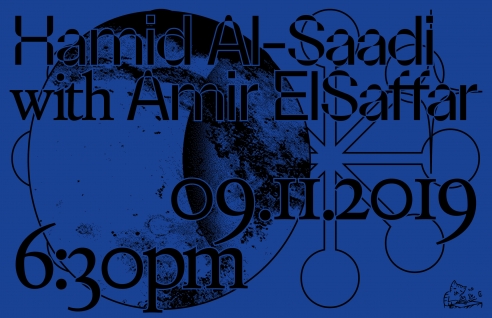 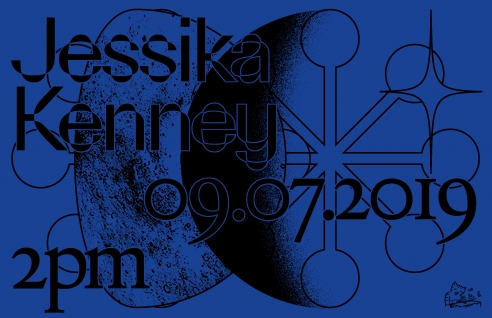