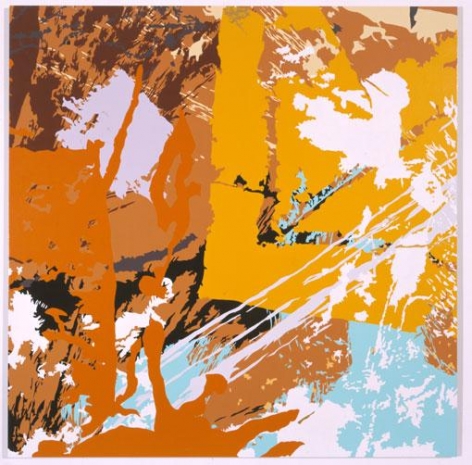 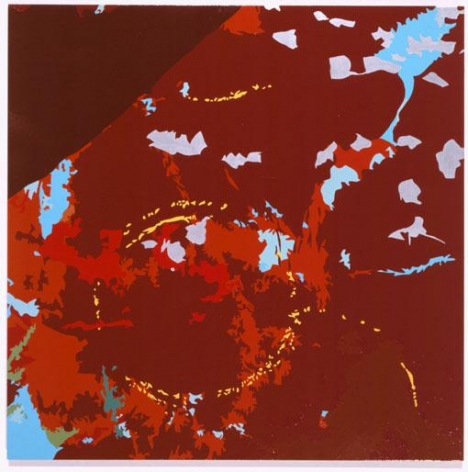 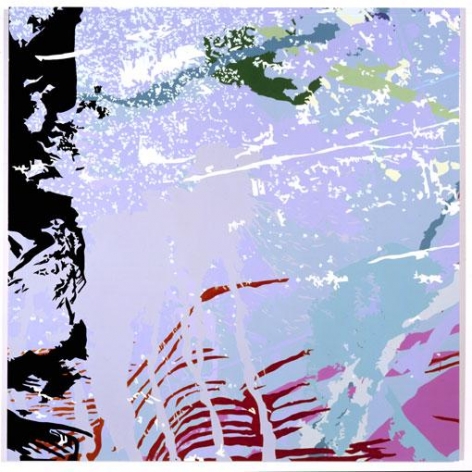 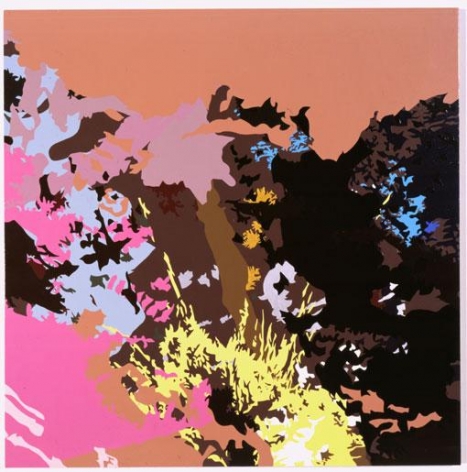 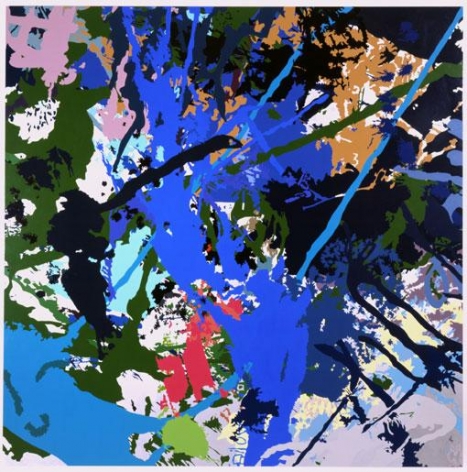 We are pleased to present the first New York solo exhibition at the James Cohan Gallery of the California based artist Ingrid Calame. The exhibition will consist of two large installation pieces from the work Secular Response 2 and seven new paintings on aluminum.

The structural source of Calame's abstract paintings is the topographies of stains that she finds on the streets and side walks of New York and Los Angeles that she meticulously documents and catalogues. The contours of these normally invisible residues of urban decay are then arranged into complex "constellations", one overlaid on another, creating lush, striking abstract works of intricate conceptual and visual mapping.

"Color for me is a trigger for thoughts and memories", notes Calame. The traced "memory" of these stains forms the structure of the paintings as well as "index events" that have passed in time in the world. They are subjective renderings or re-orderings of physical marks, which somehow both sustains and undermines the historic tradition of "expressionistic" abstraction; a genre Calame's paintings belong to. Calame also creates a linguistic analogy to the noisy collisions of color in her painting: she titles the works with invented words such as eeec-FFw-eeec-FFwFFw and g-kgg kooo-kggkooo-kggkoo, which are phonetic transcriptions of sound.

Her epic project, Secular Response 2, is a kind of site-specific extension of this process. By physically transposing stains that were traced out in the streets of New York's financial district onto the trading floor of the New York Stock Exchange, Calame has created a virtual 15,000 square foot painting, two elements of which, Secular Response 2 A.J.and Secular Response 2 A.E., can be viewed at the James Cohan Gallery. (Other elements such as Secular Response 2 A.M. and Secular Response 2 1.B. have been exhibited at MOCA Cleveland and the UCLA Hammer Museum, respectively). Thus, the architecture of the NYSE's trading floor becomes the physical boundary, the ground, in which the stain constellations were drawn. These architectural boundaries become the empty, geometric spaces that interrupt the rhythms of painted stains that flow across the surface of these vast panoplies of 12-foot high Mylar sheets. In this work, a painting "too big to be seen", Calame integrates the physical structure of this private, "epicenter of global economic power" with the very public, almost invisible marks of urban activity.