HIRAKI SAWA did i?, 2011 (installation view) Single channel video with audio Edition of 8 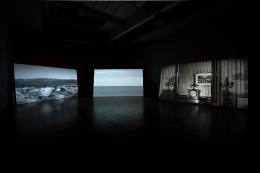 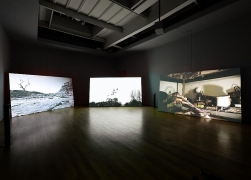 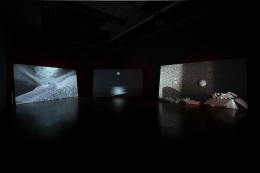 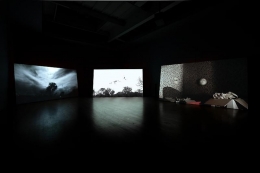 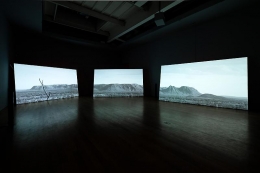 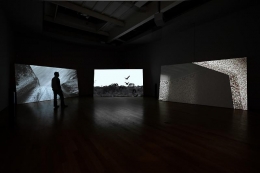 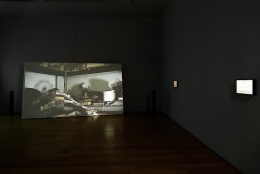 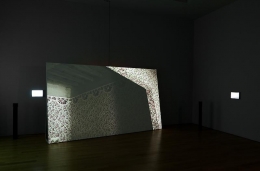 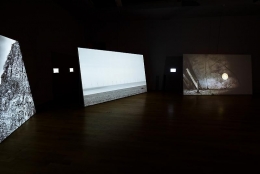 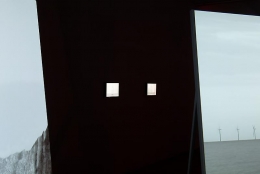 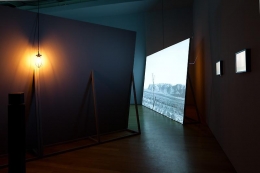 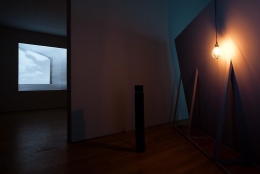 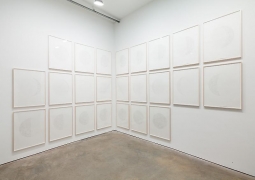 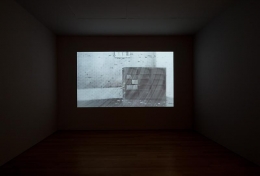 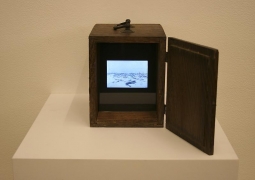 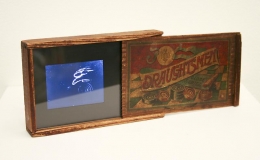 Coming full circle is movement without displacement. In that time, you simply are, and all change is in the looking. – Hiraki Sawa

James Cohan Gallery is pleased to present our second solo exhibition by Japanese-born, London-based artist Hiraki Sawa. The centerpiece of this exhibition is a video and sound installation entitled O (2009), originally commissioned by the Queensland Art Gallery for The 6th Asia Pacific Triennial of Contemporary Art in Brisbane, Australia. Presented across a triptych of large-scale projections, ten small video monitors and five channels of audio, O abstracts the notion of time by the simultaneous depiction of interior and exterior spaces, meditations on the moon and the earth, and suggestions of the present and distant exhibitions.

The installation transports the viewer into a dreamlike state in which he or she is enveloped in an immersive world of sound and image. Ten small monitors show black and white video of ordinary objects - such as a bell or a cup - spinning endlessly. Three large projections show a selection of black and white images from Australia’s desert landscape surrounding the town of Alice Springs; an unspecified ocean view that melts into footage of a flock of birds flying across the desert sky, and color shots that linger of the interior of an abandoned house in the south of France brought to life with Sawa’s recurring and signature animations: a ferris wheel, flying birds, a tree with fluttering leaves and a rising moon. The audio component, created by the group Organ Octet and edited by Dale Berning, is presented on custom-built speakers that spin intermittently, sending the clatter and rolling sounds of spinning objects and the airy tones of miniature organs around the space.

Also on view will be a new single channel video work, in which Sawa explores the phenomenon of amnesia and the devastation of severe memory loss through a series of abstract visual sequences. This work is a study for a longer, more narrative film project that has been commissioned by the London-based organization, Animate Projects and producer Jacqui Davies. In addition, Sawa will present a suite of delicate pencil drawings, which illustrate the phases of the moon. Each drawing starts out as a meticulous rendering of the lunar surface which Sawa then erases, in some cases nearly completely, to show how the moon appears to us as it waxes and wanes.