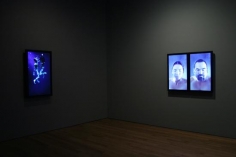 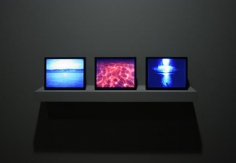 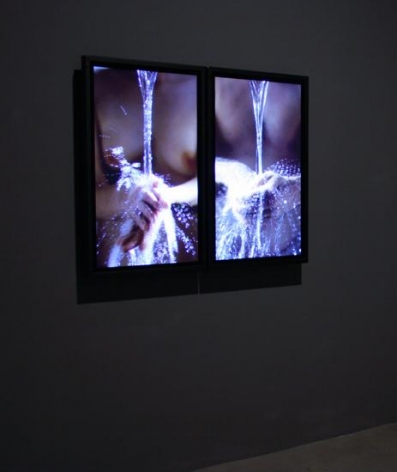 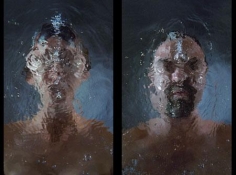 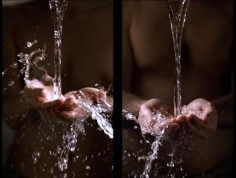 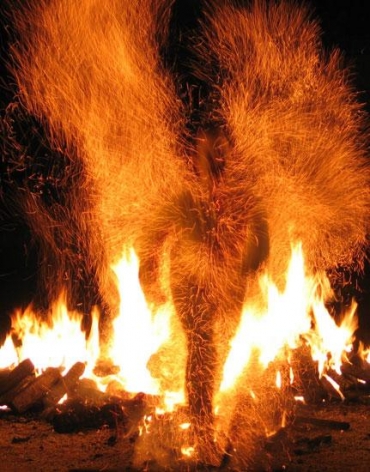 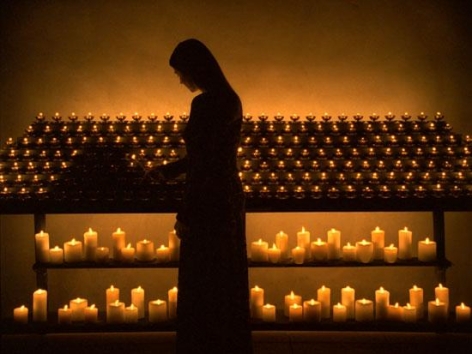 Beginning November 5, 2005, the James Cohan Gallery will present an exhibition devoted to new work by pioneering video artist Bill Viola. The works in the exhibition explore themes of purification, illumination, union and dissolution as Viola continues to use technology in ways that deepen our understanding of the human condition. The exhibition runs through December 22.

Among the works in the exhibition is the large projection installation, The Darker Side of Dawn, an hour-length study of an old oak tree that details the quiet passage of the earth from light into darkness, and into light again. Time seems suspended as sunrise follows sunset in a continuous cycle of transformation. The subtle and often imperceptible movements of light and time in the image affect both the ambient state in the room and the state of being within the viewer.

Night Journey, a second projection piece, explores the relationship between the complementary elements of light and darkness, male and female, action and contemplation, with fire as the unifying force. The work is divided into two parts. First a man is seen approaching through the darkness, drawn by the light of a fire through which he must pass to reach the source of his desire. In the second part, a woman lights a bank of candles one by one, gradually filling the room with light and transforming her form into a silhouette. After a moment of reflection, she turns away from the light and walks into the darkness.

Many of the works in the exhibition are directly related to material produced for a new production of Richard Wagner's 19th-century opera, Tristan und Isolde, created in collaboration with director Peter Sellars and conductor Esa-Pekka Salonen. It was first presented in concert form by the Los Angeles Philharmonic in December 2004 and received its fully staged premier in April 2005 at the Paris Opera. Viola has written, "Tristan und Isolde is the story of a love so intense and profound that it cannot be contained in the material bodies of the lovers." In 2007, the opera will be presented in New York under the auspices of the Lincoln Center for the Performing Arts.

Bill Viola (b.1951) is internationally recognized as one of the premiere video artists working in this medium. For over 35 years he has created videotapes, architectural video installations, sound environments, electronic music performances, and works for television broadcast. He has been instrumental in the establishment of video as a vital form of contemporary art, and in so doing has helped to expand its scope in terms of technology, content, and historical reach. His works focus on universal human experiences-birth, death, the unfolding of consciousness-and have roots in both Eastern and Western art as well as spiritual traditions, including Zen Buddhism, Islamic Sufism, and Christian mysticism.

Viola represented the U.S. at the 46th Venice Biennale in 1995. In 1997 the Whitney Museum of American Art organized "Bill Viola: A 25-Year Survey," an exhibition that traveled to six museums in the United States and Europe. In 2003, The J. Paul Getty Museum in Los Angeles presented "Bill Viola: The Passions," which traveled to the National Gallery London and other museums worldwide. Viola lives and works in Long Beach with his wife and collaborator of 27 years, Kira Perov, and their two sons. Viola is the recipient of numerous awards and honors, including a John T. and Catherine D. MacArthur Foundation Fellowship.