BILL OWENS I'm one of the first freak fishermen on the West Coast. It's a life-style rather than a living. I want to conserve natural energy by doing more with less, so I sell the crabs I catch directly to people., ca.1977 (printed 2008) black and white photograph 16 x 20 inches

BILL OWENS I've been a hooker for five years. How else can I support myself and my daughter by working a few hours? To be a good hooker you have to be warm to a total stranger., ca.1977 (printed 2008) black and white photograph 16 x 20 inches 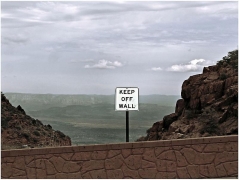 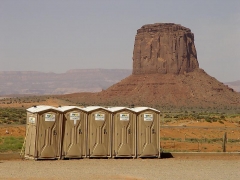 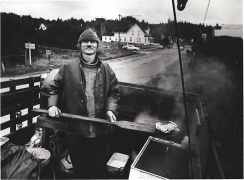 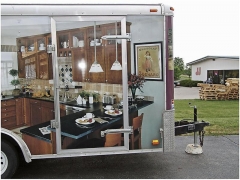 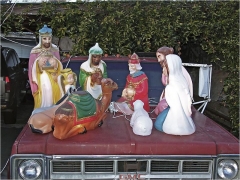 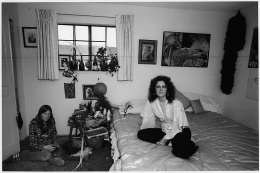 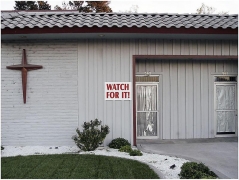 James Cohan Gallery is pleased to present an exhibition by California-based artist, Bill Owens. This is the artist's second solo show at the gallery. Owens' work has gathered a cult following since the 1960s by exploring the peculiarities behind the everyday rituals of American life, revealing the far-out in the familiar. His widely acclaimed 1970s photo series, Suburbia, documented Americans' mass migration to the suburbs, and was followed by other investigations of the day-to-day—focusing on Americans at work and play, their occupations, leisure activities and political leanings.

The exhibition will present a selection from several collections spanning Bill Owens' career. The main gallery will include images from the 1970s photo series, Working - I do it for the Money, soon to be re-released by publisher, Fotofolio, Inc., in a new eponymous book. Working is Owens' corollary to his previous collections, Suburbia and Leisure, in which he trained his lens on a diverse cast of characters at work, from a child selling flowers at a roadside stand, to a pizza man tossing a hand-made crust, to Shell Oil employees on strike. These seminal publications not only established Owens as a reputed photographer, but also influenced following generations of artists, including Gregory Crewdson, Katy Grannan, Wes Anderson, A.M. Homes and Paul Thomas Anderson. As Crewdson states in his essay for the re-publication of Suburbia, "Owens' photographs find unexpected beauty and mystery within the American vernacular. This collision between normality and strangeness transforms the American landscape into a place of wonder and anxiety."

The second gallery will feature a selection of images from anti-war protest marches and veteran parades. These images are portraits of individual subjects and also capture the polarization of the collective American experience at this explosive time. Owens' iconic images of anti-war flag and draft card burnings strike a sharp contrast to images of World War II and Vietnam veterans brimming full of patriotic pride.

In his most recent series of photographs, Owens focuses his lens once more on middle-class life, exploring the ways the suburban landscape and American identity have both evolved and stayed the same over four decades of vast social and political change. Owens reminds us that in everyday America, the tragic, the comic, the mundane, the fervent, the wacky and the perverse live side by side. His subjects are his neighbors and ours, and he documents them all with characteristic irony, compassion and humor.

Bill Owens was born in San Jose, California in 1938 and exhibitionsly lives and works in Hayward, California. He began his career as the staff photographer for the Livermore Independent Newspaper in 1968, in Livermore California. His images have since gathered a cult following and have been widely reproduced in book form and in publications such as Rolling Stone, Bomb, Esquire, and Newsweek. His work is included in the collections of the Museum of Modern Art in New York, the San Francisco Museum of Modern Art, Los Angeles County Art Museum, the Museum of Modern Art in Stockholm, the Stedelijk Museum in Amsterdam and Harvard University in Cambridge, MA, among others. A retrospective of Owens' work was organized by the San Jose Museum of Art in 2000.

To access articles and reviews for Bill Owens and bio and bibliographic information, please consult his artist page at www.jamescohan.com/artists/bill-owens