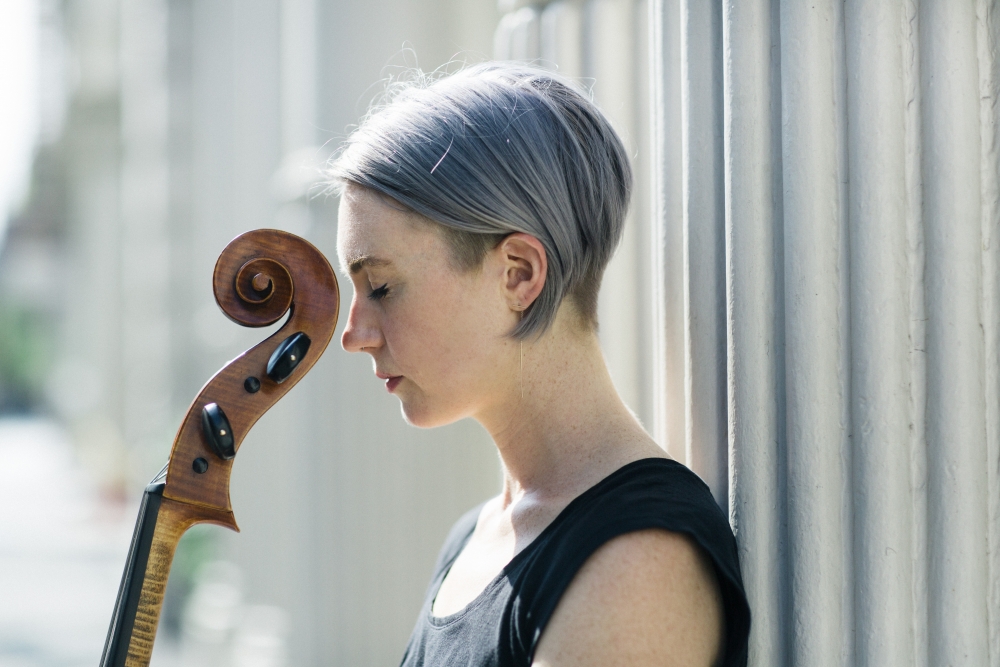 Kirin McElwain is a cellist and improviser who works as a collaborator and soloist in a variety of disciplines, including music, dance, and visual art. Her approach to music-making is informed by her longterm study of the Alexander Technique as well as her desire to use the cello as a means of responding to and translating visual, aural, and written gestures.

Kirin has shared the stage with with pianist Judith Gordon, John Vanderslice, tune-yards, Boyz II Men, and Vulfpeck. She was the cellist for the world premiere of the ballet “Almost Morning” with original score by Jeff Beal (House of Cards) at the Alvin Ailey Citigroup Theater with the Claudia Schreier Dance Company. For two years she was the cellist for the band Miracles of Modern Science, with whom she toured the United States, Canada, and Sweden, and was named a member of the 2016 YouTube Music Foundry. Kirin has been featured on Indiana Public Radio, the University of Rochester’s WRUR, Portland’s XRAYfm, and UC Berkley’s KALX. She performs regularly with compositional improvisation dance collective The Lovelies and also has a regular collaboration with dancer/producer Sarah Chien.

Kirin holds a degree in Economics from Smith College, a Master’s degree in Cello Performance from Temple University. She has lived in Brooklyn since 2014 where she performs regularly and teaches the Alexander Technique.