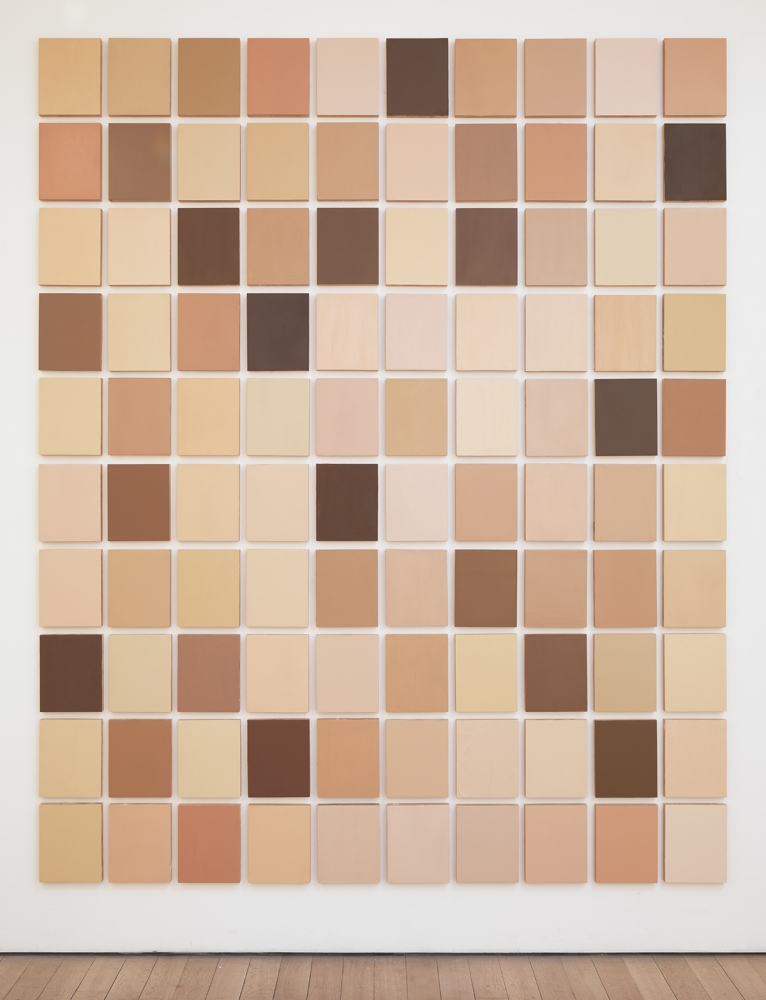 Established in 2011 by Robert De Niro, Jr. in honor of his late father, the accomplished painter Robert De Niro, Sr., the prize recognizes a mid-career American artist for their significant and innovative contributions to the field of painting. Nominated each year by a distinguished selection committee, Byron Kim is the eighth recipient of the $25,000 merit-based prize, administered by the Tribeca Film Institute (TFI) of which Robert De Niro, Jr. is a co-founder.

Since the inaugural prize was awarded to Stanley Whitney in 2011, the list of recipients has grown to include acclaimed painters Joyce Pensato (2012), Catherine Murphy (2013), Robert Bordo (2014), Laura Owens (2015), R.H. Quaytman (2016), and Henry Taylor (2018). The Robert De Niro, Sr. Prize is among the first of its kind to celebrate and shine a light on influential mid-career artists.

This year’s selection committee included Carmen Hermo, Associate Curator of the Elizabeth A. Sackler Center for Feminist Art at the Brooklyn Museum; Norman Kleeblatt, former Chief Curator of The Jewish Museum and now an independent curator and critic; and William S. Smith, Editor of Art in America.

Of Kim’s work, Smith remarked, “Byron Kim demonstrates how a minimalist visual vocabulary can be maximally affecting. His paintings reflect his careful attention to the subtleties of color, surface, and light while simultaneously demonstrating the medium’s ability to facilitate everything from broad social engagement to deeply personal rumination.”

“Byron Kim’s practice stands out for its conceptual rigor and its poetic engagement with and reflection of everyday life,” Carmen Hermo offered. “He explores issues of time, identity, and diaristic musings using a minimalist approach to unexpectedly emotional ends.”

Adding to the comments of his fellow jurors, Norman Kleeblatt states that, “To describe Byron Kim’s paintings it seems inevitable to reach for hybrid, dialectical, ambiguous, and/or contradictory explications. His paintings are at once abstract and representational, painterly and conceptual.  While the quality of his paint is often sensual, the structure is usually informed by indexical reasoning. A sense of expressive detachment fuses with archival zeal, yet a superimposed personal scripted narrative overrides the objective. Kim is heir to the contrasting, perceptual sublimes of both John Constable and Ad Reinhardt.”

Robert De Niro remarks that, “Byron Kim’s dedication to his art and his deep commitment to teaching resonates with my father’s own commitment. I am therefore especially pleased with the selection committee’s choice this year as it truly honors my father’s memory.”

About Byron Kim
Byron Kim, born in 1961, is a Senior Critic at Yale University. He received a BA from Yale University in 1983 and attended Skowhegan School of Painting and Sculpture in 1986. His work sits at the threshold between abstraction and representation, between conceptualism and pure painting. In his richly hued, minimalist works, Kim seeks to push the edges of what we understand as abstract painting by using the medium to develop an idea that typically gets worked out over the course of an ongoing series. Kim’s paintings may appear to be pure abstractions, but upon investigation, they reveal a charged space that often connects to the artist’s personal experiences in relation to larger cultural forces. Recent solo exhibitions include Byron Kim: The Sunday Paintings, Museum of Contemporary Art Cleveland, Ohio (2019); Pond Lily Over Mushroom Cloud: Byron Kim Adapts the Black on Black Cosmology of Maria Martinez, Museum of Contemporary Art San Diego, San Diego, California (2016); and a mid-career survey, Threshold, Berkeley Art Museum, California, which traveled to the Samsung Museum of Modern Art, Seoul, South Korea and five other locations in the United States (2006–7). His artwork may be found in the permanent collections of the Art Institute of Chicago; Brooklyn Museum, Brooklyn; Hirshhorn Museum and Sculpture Garden, Washington D.C.; National Gallery of Art, Washington D.C.; Whitney Museum of American Art, NY; and Tate Modern, London, UK.

About Robert De Niro, Sr.
Robert De Niro, Sr. (1922–1993) was part of the celebrated New York School of post-war American artists. His work blended abstract and expressionist styles of painting with representational subject matter, bridging the divide between European Modernism and Abstract Expressionism. De Niro studied at the renowned Black Mountain College under Josef Albers and then with Hans Hofmann in New York and Provincetown, MA. In 1945, De Niro’s art was exhibited at Peggy Guggenheim’s renowned Art of This Century gallery in New York, the leading venue for established European modernists and the emerging Abstract Expressionist arises that she championed. Throughout his nearly fifty-year career De Niro, Sr. remained well known and respected within the art world. His work resides in several museum collections, including the Metropolitan Museum of Art, Brooklyn Museum, Baltimore Museum of Art, Smithsonian American Art Museum, and the Hirshhorn Museum and Sculpture Garden. The painter and poet is the subject of his first monograph published in October 2019 by Rizzoli Electa. His work is represented by DC Moore Gallery. For more information on the Estate of Robert De Niro, Sr., please visit www.robertdenirosr.com.

About Tribeca Film Institute
Tribeca Film Institute is a New York-based nonprofit organization founded by Robert De Niro, Jane Rosenthal, and Craig Hatkoff after 9/11 as a means to bring a community together through the power of film. Today, TFI works across the U.S. and globally to ensure that filmmakers and creators have the tools and resources they need to tell their stories, connect with audiences, and build thriving careers. We do all of this in service of the storyteller in order to break barriers to access, exposure, and sustainability that result from imbalances in representation and power. Working in documentary, scripted, and immersive media, TFI supports more than 225 storytellers each year through grants, mentorships, labs, and workshops valued at more than $2.25 million. For more information about TFI, please visit www.tfiny.org.