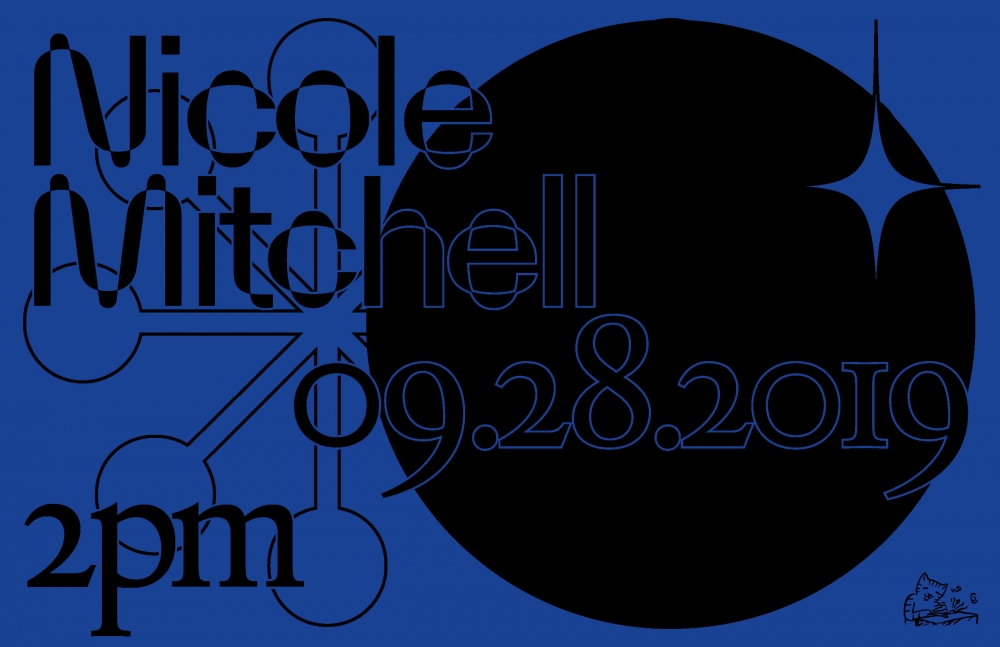 Nicole Mitchell (b. 1967) is a creative flutist, composer, poet, conceptualist, bandleader, and educator. Finding her voice through her involvement with Black Arts Movement institutions in Chicago, Mitchell was a co-founder of Samana, the AACM's first all women ensemble in 1992. She started working with Hamid Drake and David Boykin in 1996, and by 1998 had established her renowned Black Earth Ensemble, soon after to enlist the likes of Tomeka Reid and Joshua Abrams for her ongoing creation of vibrant, soulful spiritual jazz that bridges the familiar and the unknown. Taking cues from her mother’s interest in Afrofuturist literature, Mitchell in 2008 recorded Xenogenesis Suite: A Tribute to Octavia Butler and regularly incorporates elements of sci-fi libretto in her work, speculating into future climate meltdowns and the racial politics of imagined utopia-dystopias. Mitchell was once enticed to join the Sun Ra Arkestra, but her development in Chicago has instead led to collaborations that have included the recording of Liberation Narratives with poet Haki Madhubuti and playing with the Art Ensemble of Chicago. Mitchell was the first woman president of Chicago’s Association for the Advancement of Creative Musicians and is currently the William S. Dietrich II Endowed Chair in Jazz Studies at the University of Pittsburgh.