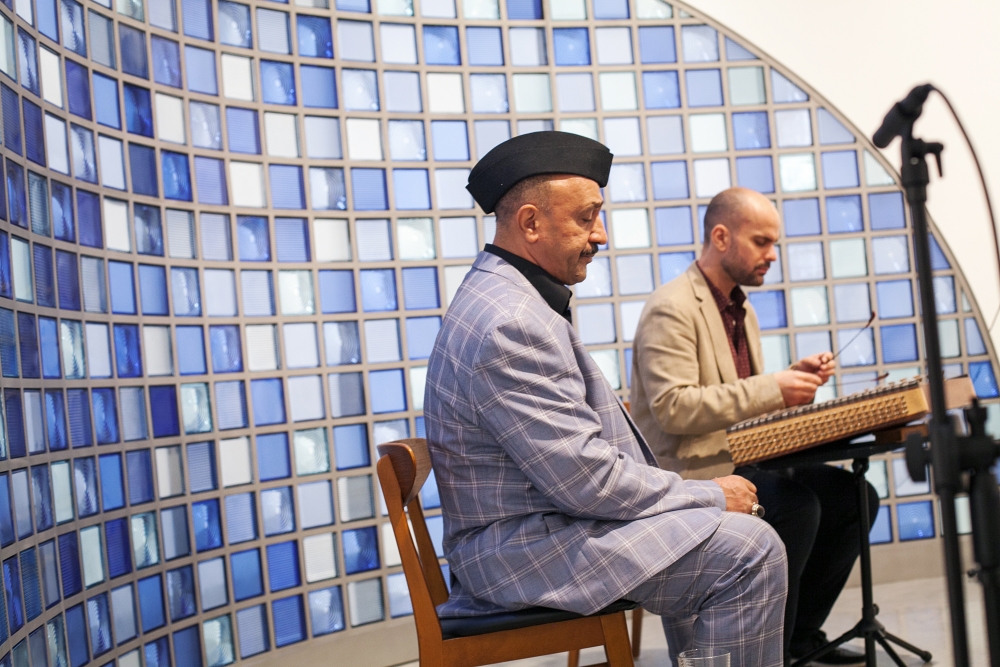 Amir ElSaffar is an Iraqi-American trumpeter who has developed techniques for playing microtones idiomatic to Arabic music in order to reconcile the aesthetics of jazz with those of his heritage. After moving from Chicago to New York and performing in Cecil Taylor’s ensemble, ElSaffar in 2002 dedicated himself to tracking down the surviving practitioners of Iraqi maqam, a 400-year-old, urban classical vocal tradition of complex melodic modes that represents one of Iraq’s richest cultural offerings. His search led him to vocalist Hamid Al Saadi, an Iraqi vocalist and scholar of maqam and the only person of his generation to have mastered all 56 maqamat from the Baghdad repertoire, with whom he studied intensively, learning a majority of the maqam compositions. Seeking an interaction between the spiritual essence of Iraqi maqam and the swing, improvisation, and spontaneity of jazz, Al Saadi has toured extensively with ElSaffar, both as a duo and with the latter’s groups Two Rivers and Safaafir, in which ElSaffar plays santur, a hammered dulcimer central to maqam.