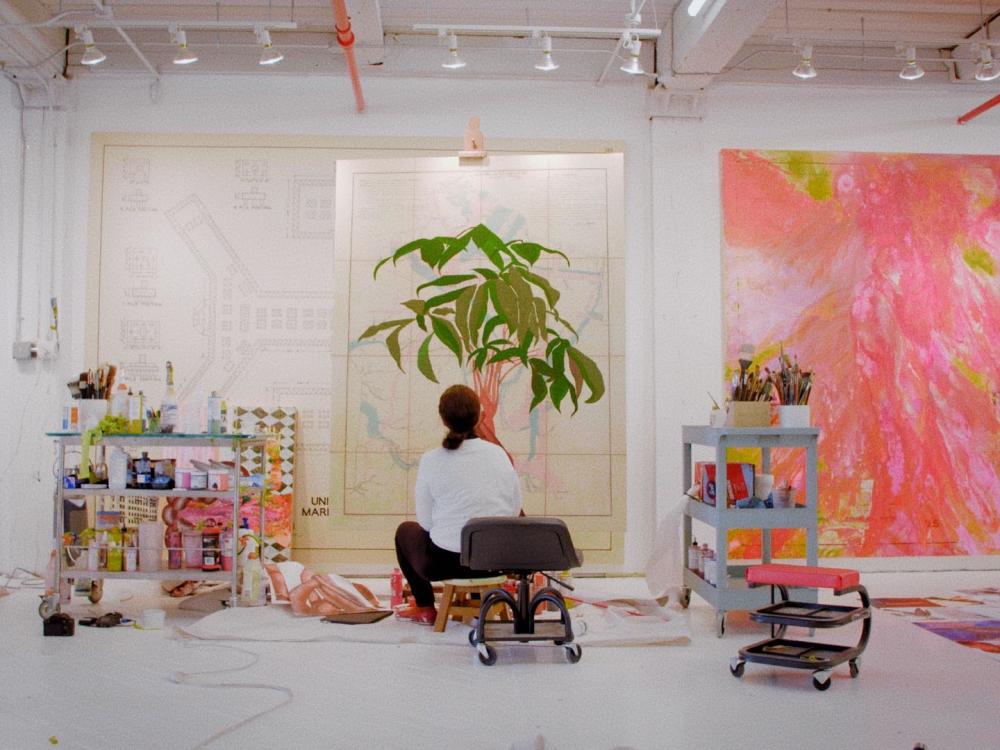 Where can beauty be subversive? Working in her Bronx studio, artist Firelei Báez creates a series of paintings that draw upon the rich folklore and colonial history of the Caribbean, where she was born and raised. Exquisitely detailed and vibrantly colored, Báez’s paintings of dramatically shapeshifting figures assert the power of the female form and challenge fundamental ideas around beauty and agency. Shot primarily on film and featuring original choreography inspired by her paintings, this film is a portrait of an artist in creative transition—like the figures in her work—and in constant motion, traveling her surrounding Bronx neighborhood as well as to her glass mosaic commission at the 163rd Street-Amsterdam Avenue subway station in Manhattan.

Raised on the border of Dominican Republic and Haiti, the artist recounts her early creative experiences making hand-sewn books and paper dolls, activities which her family members largely perceived as trouble-making behavior. Today in her work, the artist evokes a similarly misunderstood character from Domincan folklore, the ciguapa, an evasive and cunning female figure. Although traditionally regarded as a siren-esque figure that ensnares explorers and derails society, Báez regards the ciguapa as a beacon of the "highly independent, self-possessed"—a deeply feeling woman she hopes to see in the world. Báez also references the 18th-century colonial taxonomist Carl Linnaeus—subverting his depictions of Black and Brown bodies that equated them to animals or monsters—in order to create new, more expansive possibilities for Afro-Latina and Afro-Caribbean peoples.

For Báez, the layered histories and symbols in her paintings are in conversation with the past, while holding a limitless hope for creating a better future. "Every choice we make is predicated by the people we love in the past and the people we hope to love in the future," says the artist. "It’s always within your grasp to make something new."

This film is among a collection that comprise Art21's participation in the multi-institutional Feminist Art Coalition (FAC) initiative. FAC is a platform for art projects informed by feminisms, fostering collaborations between arts institutions that aim to make public their commitment to social justice and structural change.

Watch here
Back To Top