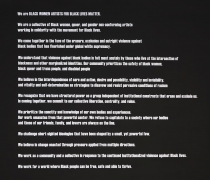 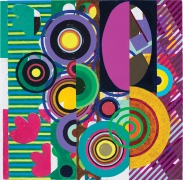 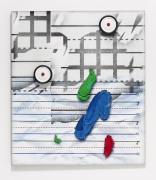 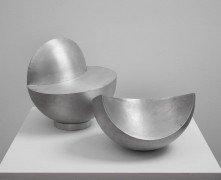 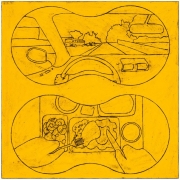 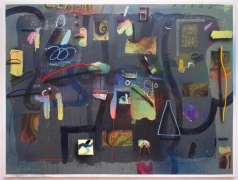 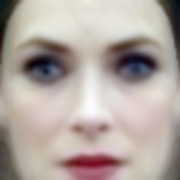 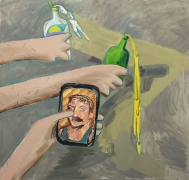 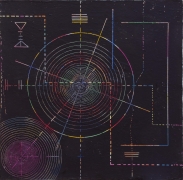 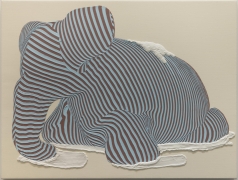 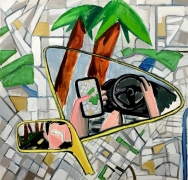 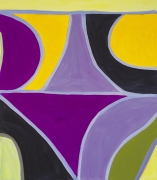 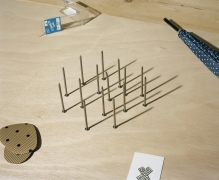 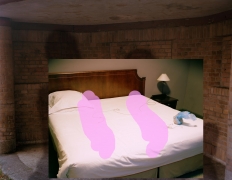 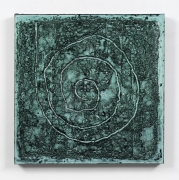 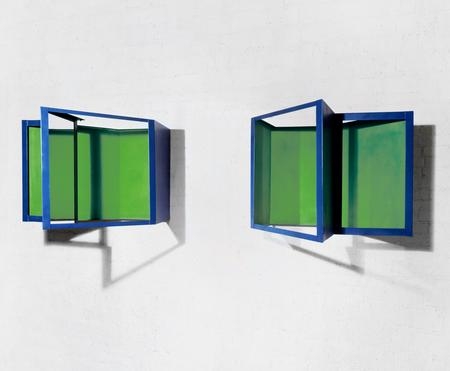 Andrianna Campbell in conversation with Black Women Artists for Black Lives Matter: Saturday, April 1 at 2 PM
Who am I but a sobriquet, a teeth-grinder, grinder of color, and vanishing point?
Dorothea Tanning
Vanishing Points explores traditional perspectival space, fragmentary spatial depictions, and a desktop-publishing aesthetic of leveling in the age of digital-image capture and analysis in works executed in a variety of media. The exhibition asks what does disrupted viewing look like? Can we envision art that addresses multiple racial, gendered, cultural and even digital identifications by playing with these constructions? The exhibition is deeply indebted to the austere eponymously-named exhibition of conceptual art staged at the Moderna Museet in 1984: the original Vanishing Points featured Robert Smithson and Ruth Vollmer among others. Thirty years later, Vanishing Points incorporates Smithson and Vollmer alongside a group of contemporary artists, whose work addresses entanglements of the geometric and the embodied. By circling back to Smithson and Vollmer, Vanishing Points acknowledges the panicked exploration of constructions of space and of bodies in the late-1960s. Today, those former liminal identifications battle to claim the center. The show explores the seemingly ascetic and (at times) abstract geometries that approximate the act of seeing next to far more luxurious gambits in figuration.
From the Renaissance onward, artists used vanishing points in two-point perspective—tapering lines disappearing at a point— to plot three-dimensionality on a two-dimensional surface thereby suggesting depth. In so doing, artists presented an all-encompassing viewing subject. A subject that until post-modernist and post-structuralist criticism, some assumed to be neutral and most likely coded white and male.  This exhibition builds on and complicates these encodings of identity through the object of attention, the viewing subject, and in representations structured by perspective and by vanishing points. After all, linear vanishing points are invisible, but even they often necessitate an incarnated body to interact with. Formed from our environment, from our opinions, and from our interactions with the world, bodies transform alongside ways of being and seeing. Experience stemming from vision manifests in the flesh of bodies.
This exhibition revels in geometries even while it contaminates their purity. Moreover, it points to areas where bodies are visible, invisible and where they interface. For instance Smithson, whose Enantiamorphic Chambers, 1965 is included, pulls us into a disorientating engagement with perspectival viewing. Finished a few years after the drawings also on view, we get to look into the structure, whereas later works such as Pointless Vanishing Point fail to converge at a point. Refusal of recognition can be seen in Toyin Ojih Odutola’s pastel, which beckons the viewer in with white-brick-mortar lines receding into the background. The dark-brown-skinned figure, whose shoulder obstructs an observation of his face, also turns away from our gaze. Inaccessibility appears as the counterweight to perspective but is often a principal feature. Trevor Paglen’s frontal composition, Winona” Eigenface (Colorized), Labelled Faces in the Wild Dataset, 2016 is a blurred recomposition made from many photographs of the actress, pulled from the Internet, captured by a computer, and merged as data. As an algorithmic aggregate, the photograph flickers between actualization and disappearance. We have no one vantage point on the actress but a multitude of views over a long period of time. In this way, perspective today concretizes its engagement with deception.
In its Latinate origins, perspective refers to looking through or to looking thoroughly. Thus traditionally vanishing points approximate the act of seeing, navigation, and thus function as does the hyperlink by a flattened enticement. We rarely get to look through or thoroughly as promised. We are hampered by pictorial constructions or encumbered by bias. It is in this state of incongruity between desire and possibility that the exhibition lingers. No longer modern, we can look at and past Dorothea Tanning’s question about herself as an artist: Who am I but a sobriquet, a teeth-grinder, grinder of color, and vanishing point?  We can look at the struggle within these tense intervals of actualization and de-actualization for a way to model multiple visible identifications and also muse about the waning likelihood of vanishing into anonymity in a world bewitched by surveillance.
Marina Adams, Black Women Artists for Black Lives Matter, Lucas Blalock, Alex Dodge, Carroll Dunham, RJ Messineo, Beatriz Milhazes, Matt Mullican, Adam Novak, Toyin Ojih Odutola, Laura Owens, Trevor Paglen, Hanna Sandin, Robert Smithson, Joseph Stabilito, Ruth Vollmer, Peixuan Wang, and Jack Whitten
For press inquiries, please contact Jeffrey Waldron at jwaldron@jamescohan.com or 212.714.9500.
Please contact David Norr at dnorr@jamescohan.com or 212.714.9500 for further inquiries regarding the exhibition.
Download PDF
The Brooklyn Rail
Vanishing Points, curated by Andrianna Campbell
View More
The New Yorker
Vanishing Points
View More
Back To Top