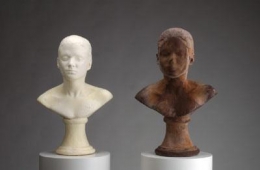 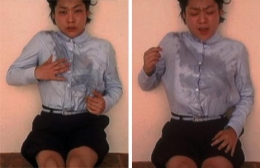 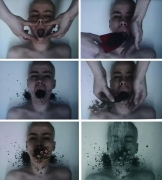 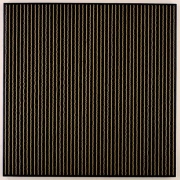 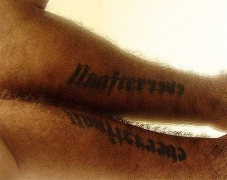 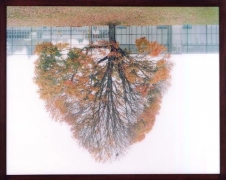 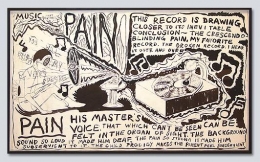 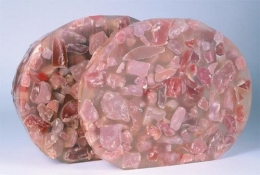 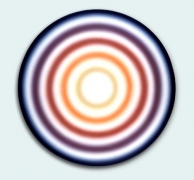 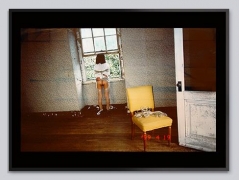 James Cohan Gallery is pleased to present a group exhibition, Realm of the Senses. The works on view either directly or obliquely address one of the five senses: touch, taste, sight, sound, and smell. This exhibition explores the relationship between the specific senses and how they function as an expressive vehicle. Poetic potential abounds.

Bill Viola's first video and sound installation Il Vapore, 1975, creates a monastic environment and ruminates on the act of purification. Viola first appears on a monitor sitting cross-legged in front of a pot of boiling eucalyptus leaves. As Viola drinks the water, dribbling it back into the pot, the viewer is simultaneously recorded and becomes a part of the ritualistic space. The same pot, placed on a tatami mat in the room opposite the monitor, is also filled with water and fresh eucalyptus that emanates a therapeutic aroma.

Ugo Rondinonei's painting, a hallucinatory tondo, vibrates with optimal color combinations. Rondinonei's hypnotic bulls-eye target intentionally employs colors that evoke an emotional, trance-like state. The titles of his paintings serve as a diary of the date and month in which they were made, inducing a meditation in color and mood played out against the passage of time and its record of creation.

The auditory and tactile are directly addressed in Sean Duffy's, sound piece, The Touch, 2004. Duffy has constructed a turntable with three needles capable of playing several segments of the record simultaneously. A cacophony of sound assaults the viewer. In turn, Duffy uses nine different album covers all containing the word touch in their titles.

In Fred Tomaselli's painting 13,000, 1996, thousands of aspirins are intricately stacked in vertical rows and embedded beneath clear resin. Pills induce altered states, which Tomaselli has stated is symbolic of "travel". Tomaselli's use of pills here is a reflection of both art and consciousness.

Tomaselli creates an optical dance in the intentional irregularity of the columns, vibrating against a deep blue background. Reminiscent of DNA sequences or skeletal vertebrae, he utilizes familiar materials to create a universal, medicinal code.

The primal fascination with our own capacity to experience and respond to the world is ever-present. The five senses have been an equally compelling source of inspiration for artists throughout history, resulting in a myriad of literal and conceptual responses.