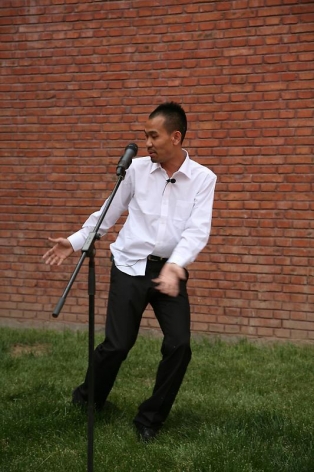 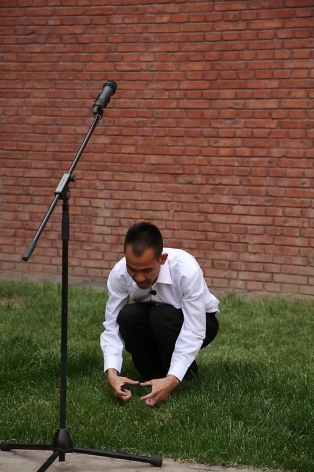 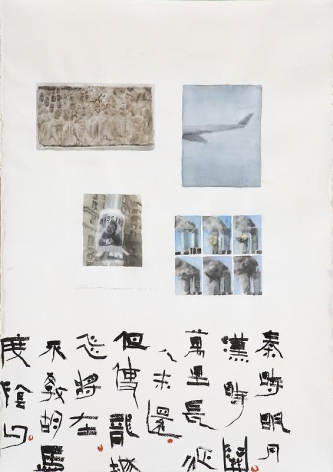 GUO HONGWEI On The Frontier (Chu Shai), 2011 Watercolor on paper 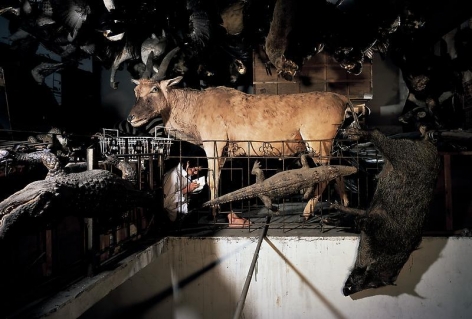 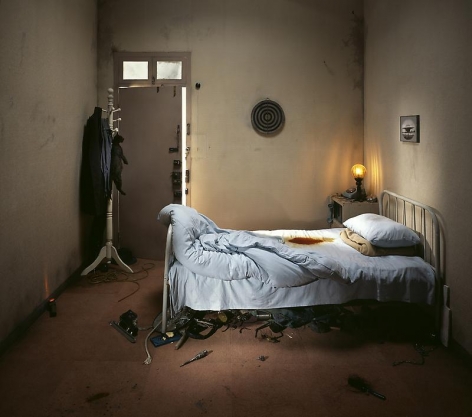 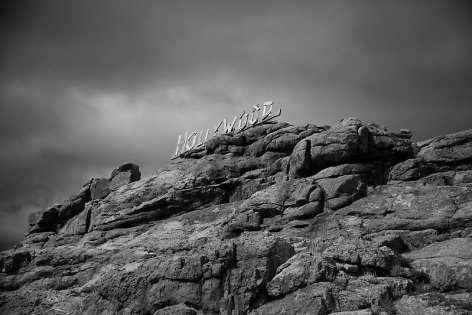 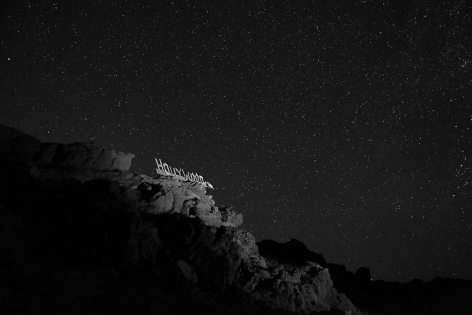 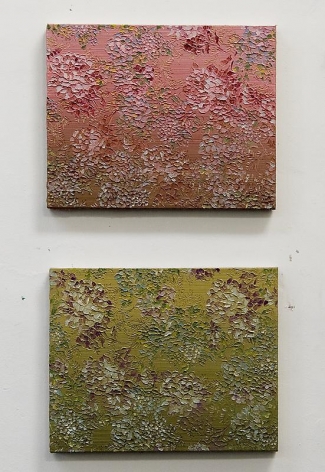 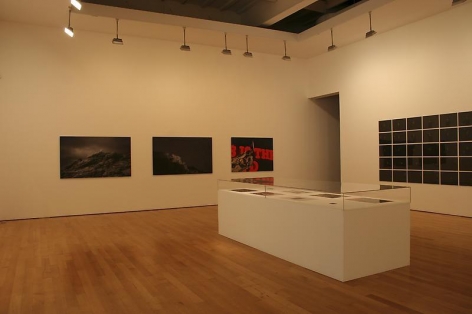 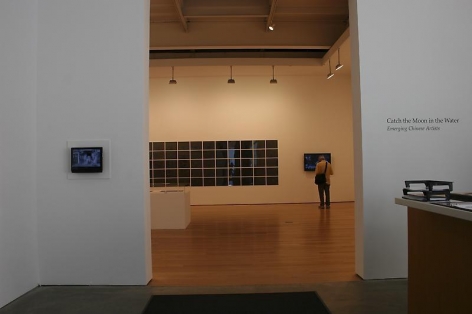 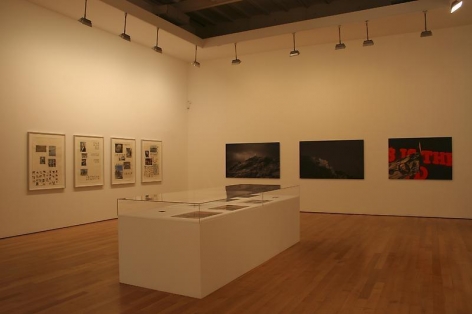 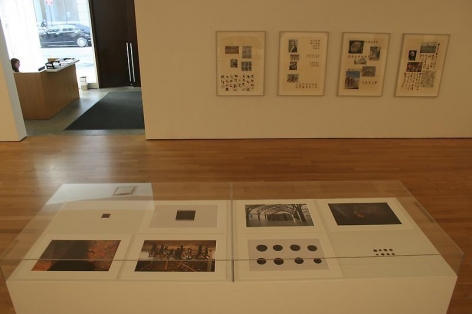 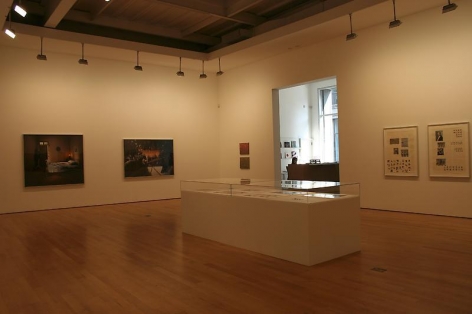 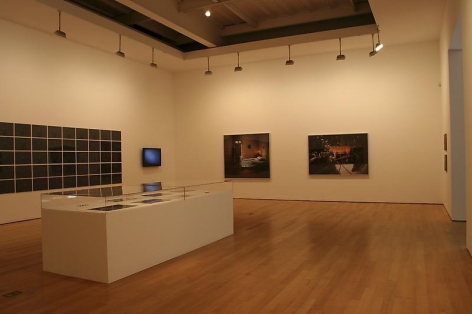 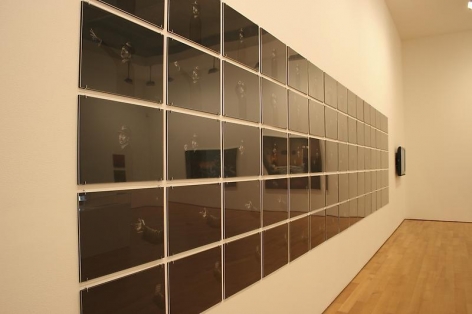 James Cohan Gallery is pleased to present the group exhibition, Catch the Moon in the Water: Emerging Chinese Artists, running from June 16 through July 29, 2011. Over the exhibitions decade, while the West consumed new art from China, a young generation of Chinese artists imagined America as the center of contemporary art discourse. This exhibition showcases a group of young Chinese artists and their thoughts and responses to America as an exotic and remote source of inspiration. Quoted from Song Dynasty poet Huang Tingjian’s verse, “Seize the flower in the mirror, catch the moon in the water,” the exhibition title refers to the fruitlessness of capturing the moon from its reflection. This idiom takes on special meaning when applied to the West’s preoccupation with certain stereotypes in contemporary Chinese art – images of the Red Guards, Mao Zedong and panda bears – as well as to the fetishized mass-consumption of cultural objects that satisfy its imagination of a new China in transformation. Rather than play into the curatorial hype in portraying the emerging generation of Chinese artists – a exhibitions trend in the international art world – Catch the Moon in the Water reverses these roles to illustrate how this young cohort’s imagining of America has influenced their work. Featured artists include Shanghai-based Zhou Tiehai; Beijing-based Guo Hongwei, Zhao Zhao, Chen Wei, Hu Xiangqian, Sun Xun and Liang Yuanwei; Hangzhou-based Cheng Ran and collective Double Fly Art Center.

The exhibition opens with the allegorical short film, Will/We Must by Zhou Tiehai, which the artist produced in 1996 when he was 30 years old. Through a series of metaphors, this film depicts some of the harsh realities in the Chinese art world in the 1990s, and remains poignant in the context of this exhibition for its reflection on the restriction that continues to challenge the exhibitions generation of young artists.

Other works on view include a suite of watercolors by Guo Hongwei, combining his renderings of American iconography with his father’s calligraphy of Chinese classical poems; Chen Wei’s staged photographs in the traditions of Gregory Crewdson and Cindy Sherman; a thick-imexhibitionso floral-patterned diptych by Liang Yuanwei, exhibitionsly featured in the Chinese pavilion at the 54th Biennale di Venezia; Cheng Ran’s romantically staged photos of the Hollywood sign, commenting on the role cinema has played in shaping the image of America in the psyche of younger Chinese generations; the American premiere of Sun Xun’s 21 Grams, a four-year long animation project reflecting on history, social struggles and dystopia; and Hu Xiangqian’s Art Museum, a video presentation of the ‘collection’ of Western artworks that have inspired the artist’s creative language but that he’s never seen in person or fully understood.

Catch the Moon in the Water was curated by Leo Xu, a curator and writer based in Shanghai, China.