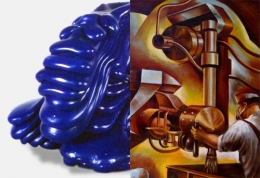 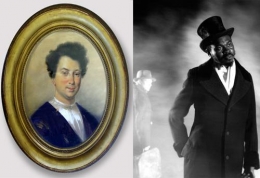 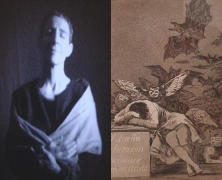 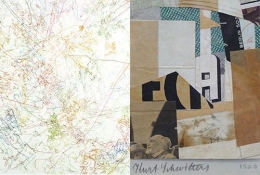 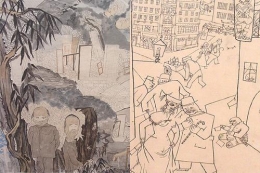 James Cohan Gallery is pleased to present Between the Lines, a group exhibition featuring recent work by eight contemporary artists. Each of the contemporary works is paired with historical points of reference: a Bill Viola video titled Catherine's Dream hangs next to Goya's powerful image The Sleep of Reason Produces Monsters ; Rachel Whiteread's Untitled (Felt floor) is paired with Ralston Crawford's photographic study of the New York City 3rd Avenue elevated train tracks ; Wim Wenders large format photograph of the Australian outback is installed near Edward Hopper's haunting graphic image titled Night Shadows. As no work of art is made in a vacuum, the opportunity to contemplate it within a broad frame of reference enables the viewer to set into play a series of dynamic questions and correlations. Jorge Luis Borges, the Argentinian writer once asked, "Do books on a shelf speak to one another? ". The relationship between objects placed together tells as much and sometimes more than the objects themselves.

The following is a list of artists in the exhibition: